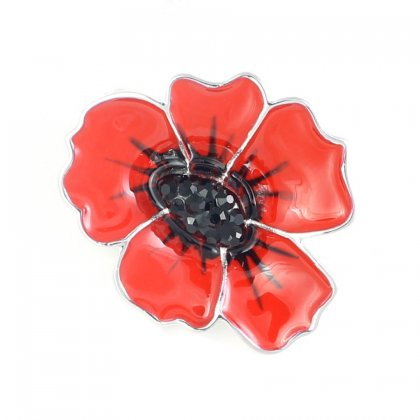 The Poppy’s long history as a symbol has seen it worn to denote death, love, joy and peace. In the UK, as in many countries around the world, we use the poppy as a sign of remembrance for those who lost their lives during the First and Second World Wars, as well as in more recent conflicts, and in support of those who have been injured or require assistance following their time in the armed services.

The seeds of the common poppy, also known as the corn poppy, need light to grow. When they’re buried in the earth they can lay dormant for 80 years without blooming. Once the soil is disturbed and the seeds get light, poppies that were once hidden burst into life.  During World War One, Flanders, in Belgium, was badly torn up. After the second Battle of Ypres in 1915, a Canadian doctor named John McCrae saw this unexpected phenomenon, which lead him to write the famed poem ‘In Flanders Fields’ that gained mass popularity around the world.

The British Royal Legion adopted the poppy emblem in 1921 and has sold paper poppies made be ex-service people every year since, to raise funds for war veterans and their families.

This year Silver 54 has teamed up with a company specialising in poppy jewellery to offer a range of unusual poppy brooches, earrings and necklaces. The company donates 10% of each sale to SSAFA and Combat Stress – at the last count having raised in excess of £200,000. 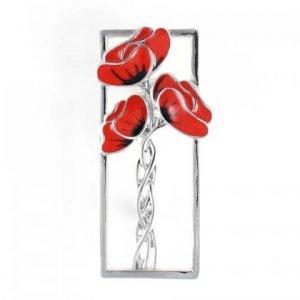 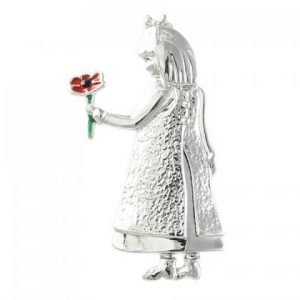 We are proud to be able to support their work, while offering our customers something long-lasting and tangible for their donation. With 2020 being such a challenging year, we would also like to encourage everyone to visit the Royal British Legion web site www.britishlegion.org.uk in support the of the 2020 Poppy Appeal.